The most important trainings for Rene which form the basis of his work in the practice are:

Coaching – Within the complete frame of used techniques for sessions and therapies the coaching skills form the structure and enable it to continuously help clients making steps forward. Intuitively the proper coaching sessions are implemented before certain energy medicine session. These skills as coach are obtained in his former working career in sports and travel and additional coaching techniques were learned from 2008 to 2014 at trainingprograms and workshops of Hypnose Instituut Nederland, NTI NLP, Big Mind Salt Lake City, Avatar EPC Florida, The Chopra Center, Davidji and Dr. Joe Dispenza.

Shamanism – Illumination and Soul Retrieval are practices learned at the ‘healing the light body school’ of The Four Winds Society, founded by Alberto Villoldo. He is proud to have finished the medicine wheel training from 2010 to 2012 and became a full mesa carrier. The courses were completed at The Four Winds Society and from our teacher Jeanette Mantel of Amaize Education. 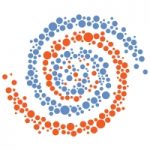 Hypnoses Therapy – when working with different coaching techniques, operating on the mind level, often new insights and a broader perspective are born from confusion or conflicting ideas and emotions. This is coming from the duality within one person of the knowledge of the heart and the constructs of the conscious and subconscious mind (ego). When a person is brought into a more relaxed brain state called trance or hypnoses (In EEG Brain frequency (Hz) charts from Beta, Alpha, Theta to Delta) one can bring subconscious impeding beliefs and tugged away memories of trauma to the surface. Also intuition, knowledge about the self and heart based truths bring clarity and open the doors for further healing or transformation. Rene learned about hypnoses in several training courses. Next to three courses about regression therapy he deepened his knowledge with Advanced Neurological Scientific Hypnotherapy by Tom Silver and he graduated an intensive education for hypnotherapist master in august 2015 at the Hypnose Instituut Nederland in Wormerveer. After writing his paper about the links between Hypnotherapy, NLP Coaching and Sjamanism he developed a method for coaching and therapy called the BUR-Method. A 9 step program to emotional freedom and a model which makes sessions more efficient and explaines where people are standing in transforming there problems. Based on the BUR-Method he wrote a new trainingsprogram for (hypno)therapists to increase the succes of their sessions. This trainingsprogram started in 2017 at the Hypnose Instituut Nederland as the most advanced training, and René is proud to be the assistent trainer of Edwin Selij.

Reconnective Healing/The Reconnection – an energetic healing method which has grown exponentially in the last decade with now more than 80.000 practitioners worldwide. After one or two Reconnective Healing sessions you will experience shifts in your mental, emotional or physical body. Several clients feel the calling of undergoing The Reconnection, this is a special ‘once in a lifetime’ treatment of two sessions. Susanne Fink and Rene Brandjes connected at The Reconnection training and seminars in Amsterdam in 2009 which was attended by 3000 practitioners from all over Europe. Read more …

Rene is able to see the qualities of individuals, the possibilities for connections and groups, and visualize the possible co creations.

He initiated the ideas for Susanne Fink of bringing shamanic energy medicine trainings for doctors and medical staff to Graz, Austria. And would like to support in the near future on working on educational journeys to Peru for special interest trainings in energy medicine and plant medicine.

Rene initiated a website for Davidji in Europe and connected people to organise several workshops, lectures and booksignings for writer and trainer davidji, the former dean of the Chopra Centre.

He worked on a creative community project, helped launching this plan for a music band and the concept of Kofferbak, a monthly returning music and arts event which grew out to a community for artist, performers, lights artist, technicians, musicians, filmmakers, photographers etc.

He studied the new developments in farming, health food, permaculture and healthcare for making conceptual ideas of multifunctional ‘healthcare/ farming/ educational centers’ in The Netherlands and Los Angeles area. For the long haul Rene wants to bring together a group of innovators of the different disciplines to develop new concepts for such centers. It is great to see that many people worldwide from different disciplines are already working and brainstorming about these global changes, and bringing it into practice.

Starting and building his own outdoor company Mambo from 1997 – 2007 was a project from concepts and ideas to realization and growth which gave him knowledge and experience in business, management, marketing, coaching and training.

Rene was born and raised in Castricum, in the Northwest part of the Netherlands. A forensic town at sea, forests and dunes. As the third born of four sons of his father Jan Brandjes and mother Joke de Wit he grew up in a hardworking entrepreneurs family in the transport business. In his youth he discovered outdoor adventure by enjoying windsurfing in winter and summer at the rough waters of the north sea, only a few miles from home.

After high school he went traveling through Europe for two years, working in mountainous areas, as a travel-, surf, sail and ski guide and instructor. He developed a passion for different mountain sports and explored the skies for a few years with sky diving and paragliding. Through this passion for travel and the outdoors he completed the higher professional education in management and specialized in outgoing tourism and travel organization (NHTV) and so started his career in leisure, sports and tourism trade. He developed his skills as a manager in touroperating and marketing, and in HR as a recruiter, trainer and coach for office staff, outdoor sports instructors and travelguides.

In 1997 Rene started his own fresh sports & travel company called Mambo Outdoor Travel which grew out to a middle large organization with an office team and more than 50 freelance tour leaders & sports instructors. At the same time having a family with two young sons. While being a perfectionist he found himself working too hard for many years, became unsatisfied about the office work and it felt like the window blinds became his prison bars. Without changing this course of his life he burned out, and was diagnosed as such. In 2007 he needed to sell Mambo (www.mambo.nl) to another company which gave space for recovery and eventually finding his new life’s purpose.

The basis for his recovery was to live healthy again, doing sports like kitesurfing, discovering yoga and meditation and working outdoors as a water- and snow sports instructor for a while. The remedy for recovery however was owning and eventually transforming emotional and mental limitations caused by deeper trauma’s. Freeing his mind, expanding his awareness and gaining emotionally freedom gave Rene an actual feeling of being reborn and enabled him to find new passions and life fulfillment. The name Rene Brandjes means ‘Reborn Fires’ and seems well chosen as he is known to ‘ignite fires’ or create, stimulate and motivate people and new projects.

He found his new path as a coach for both companies and individuals and developed and expanded his coaching skills with several techniques learned at NLP, Avatar, the Chopra Centre e.o.. Becoming more interested in how to help clients overcoming emotional and mental problems caused by trauma he learned more about the subconscious mind while mastering hypnoses therapies, learned about voice dialogue and followed some insightful classes of Joe Dispenza. While doing Reconnective Healing sessions with clients he could sense the human body field (or luminous body). He expanded his knowledge in working on this level of the light body with the shamanic energy medicine techniques of The Four Winds Society of Alberto Villoldo and of Amaize Education of Jeanette Mantel. Recently Rene graduated as a master in Hypnotherapy at Hypnose Instituut Nederland. Now Rene combined these forms of therapies into an efficient mean to help people transform their mental and emotional blockages, fears and phobias.

He met Susanne in Amsterdam at a training seminar. After travelling Peru and entering the shamanic trainings courses together they became a loving couple. Susanne moved to Amstelveen with her daughter Nina to live with Rene and his two sons. 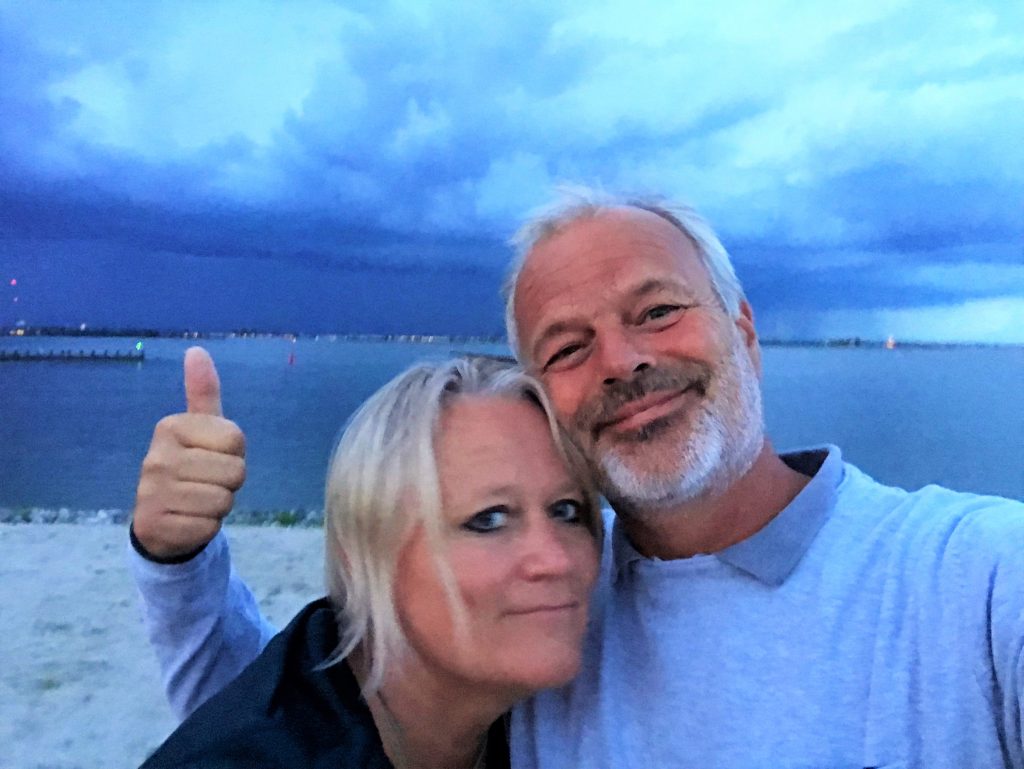 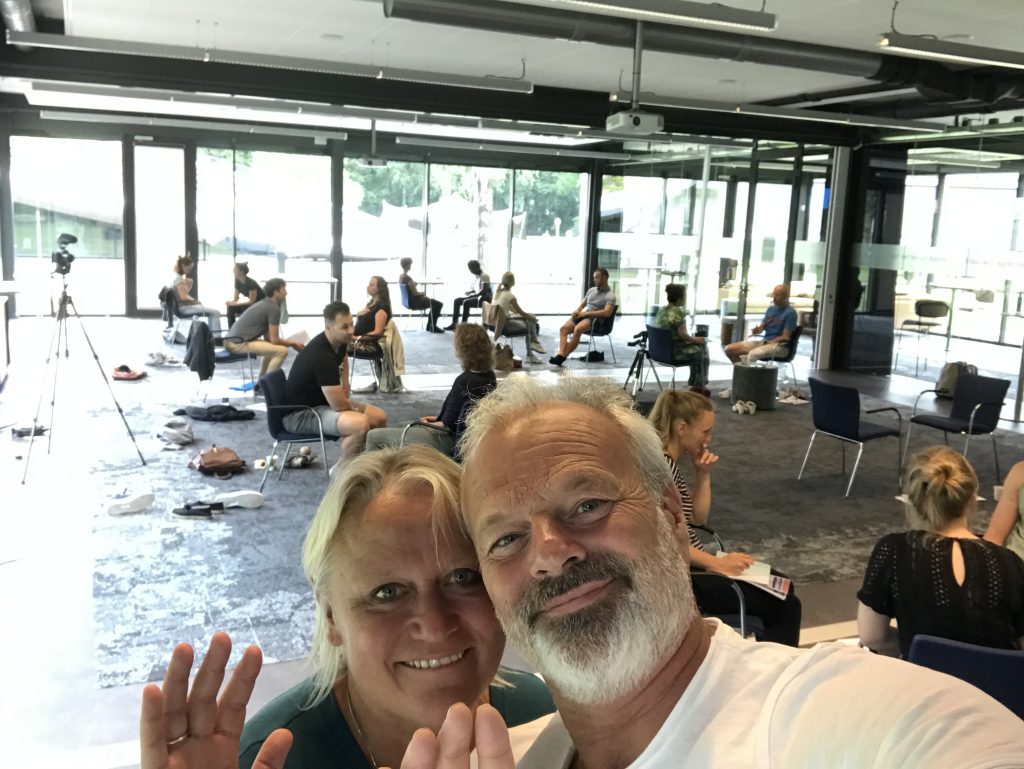